I had a very thoughtful set of commentators and interdisciplinary audience at my “Globalization of Environmental Law” talk at the Stockholm Environment Institute  at Chulalongkorn University (Bangkok, Thailand) several weeks ago (July 30, 2019). 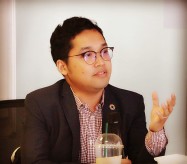 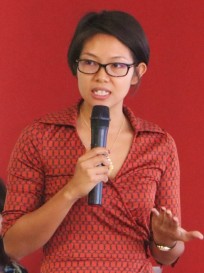 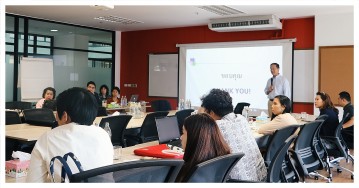 The talk was hosted by my former student Sara Phillips, a Vermont Law School and McGill University graduate.  Sara is a former energy and natural resource lawyer who practiced in a variety of international locales, including in Mongolia, and is currently a PhD Candidate in the GRID Program, Faculty of Political Science at Chulalongkorn University, as well as a Doctoral Fellow in the Stockholm Environment Institute.  Commentators were Dr. Naporn Popattanachai, Assistant Dean for Administration and Director of the Centre for Natural Resources and Environmental Law, Faculty of Law, Thammasat University, and May Thazin Aung, Research Associate, Stockholm Environment Institute.  (Incidentally, May is a Vermont Law School graduate of the MSEL program.)

Among the interesting issues that came up in the discussions was the huge shadow that China is casting over so many environmental issues in Southeast Asia through its Belt and Road Initiative as well as the tensions between Southeast Asian nations and China on water issues related to the Mekong River (and the Mekong River Commission) because of China’s position as an upstream nation and the many dams it has built on the Mekong.