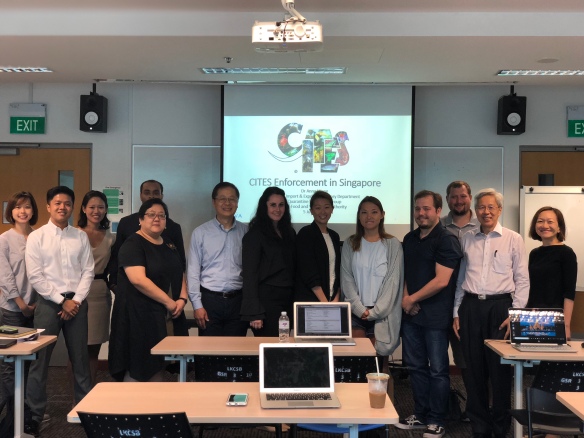 Our “Business and the Environment” course had a terrific and insightful presentation on CITES enforcement by Dr. Anna Wong, Director (Import and Export Regulation Department/ Quarantine Department), Quarantine Inspection Group, Agri-Food & Veterinary Authority of Singapore (AVA).  Because Singapore is a major transit point for trade into and out of Southeast Asia, Singapore’s active scrutiny of goods coming through its ports of entry, both at its shipping port as well as its airport, has been a crucial part of CITES enforcement in this part of the world.  AVA’s work has not only led to notable seizures in Singapore, such as hundreds of elephant tusks in March of this year (elephants are listed in Appendix I and thus subject to CITES’ strictest protections), but also success in helping to bust wildlife smuggling rings in Africa.  Of course, Dr. Wong also acknowledged that interdiction of wildlife smuggling cannot be the sole answer to the broader challenge of conserving endangered species and that controversial questions about sustainable management (and hunting) of endangered species and their role in species conservation remain unresolved.  Overall, it was a very thoughtful and educational lecture.

Later that same day, our class also visited the Singapore International Arbitration Center (SIAC) at Maxwell Chambers.   We were treated to detailed lecture by Chris Bloch on the role and process of arbitration as an alternative to traditional litigation in resolving international disputes.  SIAC has become a leading arbitration forum, and its case load has increased rapidly in the last couple of decades. 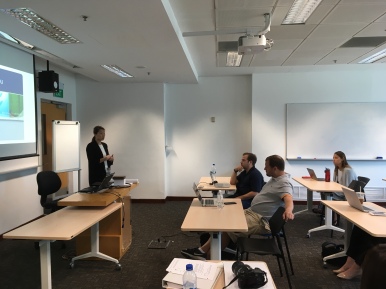 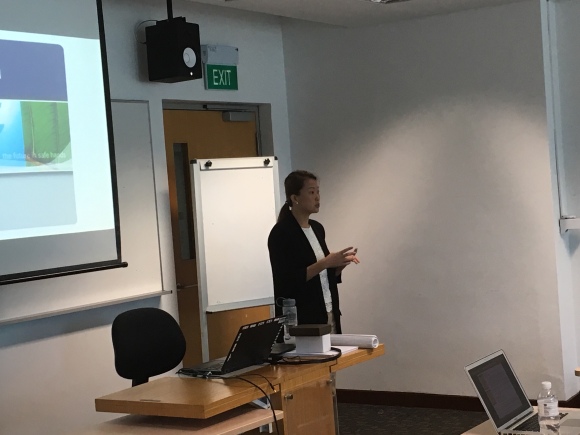 On a lighter note, here are pictures of me, Joseph Ewald and Alexander Miller enjoying an evening in Chinatown.  The highlight of the evening was Alex braving a taste of Durian, the King of Fruits. 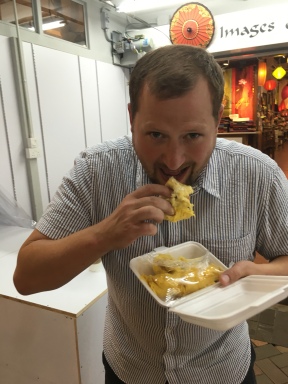 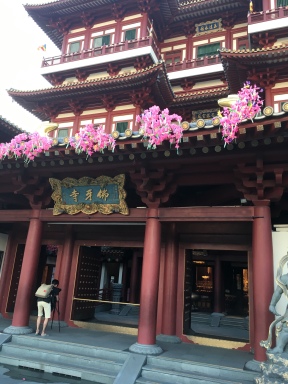