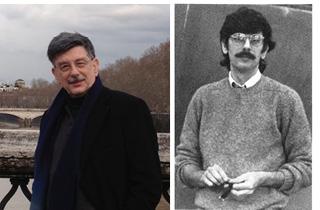 My good friend Professor Gil Kujovich passed away on December 14.  He was a long-time beloved teacher at Vermont Law School who was one of the kindest and smartest person I met during my time teaching there.

Gil served in the Vietnam War and then attended Harvard Law School, where he was an articles editor of the Harvard Law Review.  He then went on to clerk for Judge Shirley Hufstedler of the U.S. Court of Appeals for the Ninth Circuit and for Justices Potter Stewart and Byron White of the U.S. Supreme Court. He then served in various positions in the Carter Administration, including  as counsel to the White House Intelligence Oversight Board from 1979 to 1980 and then as assistant to the U.S. Secretary of Education.  He joined the Vermont Law School faculty in 1981. During the consideration of civil union (same-sex marriage) legislation by the Vermont Legislature in the early 2000s, he testified numerous times before the House and Senate Judiciary committees.

Gil was deeply committed to the ideals of justice and racial equality and carried out those values by mentoring many of Vermont Law School’s students of color, including Shirley Jefferson who went on to become Vermont Law School’s Associate Dean for Student Affairs and Diversity.  Vermont Law School carried a tribute that provides the remembrances of many students and colleagues.  His kindness both as a teacher and colleague and his generosity of spirit left a lasting impression on all he came into contact with, especially myself.   Both I and my wife Tinling will miss him dearly.   (The picture of is of me with Gil and his wife Joni in 2003 or thereabouts.)